You paid who, how much, to get into REO?

I just heard an incredible story that I don't know is true or not but, the point the story makes is going to be a key to any aspiring REO agents success and that is what I want to talk about.

So, Lisa the REO Listing Agent calls me wanting to know if I had ever heard of Rodger the REO Expert. I told Lisa yes, I had heard of Rodger. She stops me mid sentence and ask me if I think he is any good. I wasn't sure exactly what she was referring to so I asked her, good at what? Lisa tells me…

The Wisconsin housing statistics are now in for March of 2012. Here is an excerpt from what the Wisconsin Realtors Association (WRA) had to say:

“We certainly had a mild winter, and that may account for some of the strength in home sales last month, but it’s important to note that we’ve seen very strong growth in home sales over…

The Receptionist answered, I asked to speak with someone regarding Broker Registration and more information about their company.  She replied, "She can take a message, and a Gentleman will call me back." I asked "What is the Gentleman's name?" She says its "Blah, Blah(Whatever)."

I asked does your company provide BPO's REO's to Real Estate Agents, She replied " We are expanding our Broker…

Putting Aside Your Emotions When Selling a Home

Putting Aside Your Emotions When Selling a Home

Because of the large investment needed to purchase a home, sellers often find themselves in a difficult situation.  This…

I am helping out on a short sale in Redwood City where Chase is servicing the first and second loan. What this means is that the owner has first and second mortgages that were originally gotten from Chase. These loans were then sold to investors and Chase maintained the servicing. This means that ultimately Chase no longer makes the decision about whether or not to…

It is no secret that the market in Silicon Valley is crazy. The inventory has never been lower so the competition for homes is  fierce. For example, Taylor Morrison is opening up a new town home development in Sunnyvale in May and they already have 300 people on the waiting list. Homes in Palo Alto are sometimes getting…

Today HousingWire broke the story on Vendor Resource Management's successful bid on the Veteran Affair's (VA) mortgage servicing contract. NAWRB is a recognized affiliate and membership partner of VRM. Both organizations will hold training at the upcoming REO Expo: NAWRB's Get Ready, Set, Certify! and a separate VRM U training session.

I’ve had limited interaction with Bank of America. And what I have had has never been favorable.

I am aware of how Fannie handles posting of the KYO form and cash for keys documents.

I have a friend renting a local home, a letter came in the mail today stating that foreclosure proceedings have begun and will expect occupant to vacant the home prior to HUD taking the house over. (60 to 90 days)

Minimizing Home Seller Risks in Rent|Lease to Own

After a stressful tax session, treat yourself to something nice. Check out these post tax coupons.

Has any one had any experience with the follwoing companies- there ae some that are legit but so many that are not, take your money and you never hear form them again:   REO Industry Directory  they …

Has any one had any experience with the follwoing companies- there ae some that are legit but so many that are not, take your money and you never hear form them again:

I just closed a Wells Fargo Short Sale that is not typical. It was a nice 3 bedroom townhome in North San Jose, close to Santa Clara. The owners were divorcing and neither could afford to buy the other one out or afford the property alone. This constitutes a hardship in most lender's minds. I have closed other Wells Fargo short sales with similar circumstances. The current owners had been able to…

Understanding the debt limit.....you need to see this

This is a debt limit satire video that I think you all should see and forward to others. Granted, they reduced the numbers so it's a bit more realistic to understand but, the ratios they use are the same. Wait till the very end......then you will really understand just how bad this whole debt thing is.

What a home inspection is, and is not

Would you buy used underwear at a garage sale? My mom is a garage sale warrior. She’s constantly on the prowl for the next great deal she might uncover on an unsuspecting Saturday morning drive. I on other hand will swing by on occasion lacking the enthusiasm that she usually arrives with. As I rummage through old frames, board games with missing pieces, and the occasional  holiday sweater, I’m always amazed…

Your company's online presence and reputation is a critical component of bringing in new leads and business. One of the most effective ways to communicate that your company is both competent and reputable is to post online client testimonials.

Up to this point, we had been sending customers a direct email asking them to reply with their personal testimonial. The response rate was less than ideal.… 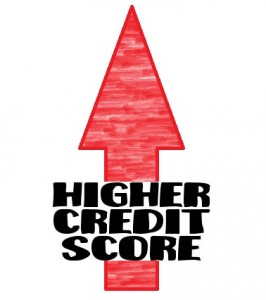 “We are glad you chose us as your lender.  As you know, your credit score is _______.”  For some people, filling in that blank might be nerve-racking.  For others, it might be a source of pride and personal accomplishment.  If you are working on your credit score, or simply want to know more about putting together a score that will make friends…

Bank of America Launchers new Short Sale Processes and Inititaions as of April 13, 2012

Bank of America Launchers new Short Sale Processes and Inititaions as of April 13, 2012

In an effort to reduce time frames, get faster approvals and streamline the short sale inititaion process, BOA will be launching new processes as of April 13, 2012.

1. Concurrent Workflows: This means that instead of BOA waiting to get a BPO until they have recevied all document, they will do the BPO and doucment collection at the same time.