New Lawn Half the Cost, You Dont NEED To Rototill

When a poor lawn has the proper grade and a well-drained soil, it can be more easily improved through
renovation, rather than complete reconstruction.

Using professional quality tools and allows most residential lawn renovation projects to be accomplished in a single week-end.

We have developed this no-till method to provide the do-it-yourselfer an easier,
faster, less expensive way to… Continue

Is That Property Covered Under Your Insurance

"Having an unoccupied home can create several insurance implications that typically are not covered under a standard homeowners policy."

Homeowner policies are meant to insure homes that are occupied, so they generally include exclusions for neglect or property abandonment on a home left vacant or unoccupied for a specified number of consecutive days.

In insurance terms, a vacant home is one the resident has moved out of and taken his/her belongings… Continue

What is Altisource Ocwen up to in your market?

Do some quick MLS research to find out what Altisource Homes is up to in your market as a listing brokerage. If you are an REO agent you might be surprised to find that Ocwen is listing properties with Altisource Homes offices that are not even in your state. Sure, sellers can list with anyone they want to but local agents should be aware of this growing trend. Why? you ask.…

anyone out there having trouble with the auto acceptor? I was notified of a upgrade and attempted

to do it myself. ( I am no computer guru ) I turned it on and it continues to shut off. I contacted the company

2-3 times and they have given me some things to try but to no avail. I wanted to check to see if anyone

else is having the same problems?

If your a preferred agent with GMAC then you already know this but for those who aren't read below. This is going to get very interesting and I sense some major changes coming from this. I don't know if there's an active moratorium but we've been told that all of our assets were to be placed on stand by no matter what status theyre in as well as all CFK's and evictioons.

The coming FHA reforms will help stabilize FHA's financial viability. FHA will be allowed to raise premiums. The cap on the maximum annual FHA insurance premium increases from 0.5% to 1.5% and for loans with high loan To Value ratios, 0.55% to 1.55%. But the real importance is how the reforms will shift liquidity to rental property.

I have found that being in the BPO and REO business is much like playing a competitive sport when you were a youngster. Whether your favorite sport is football, basketball, baseball, soccer or any other sport, one of the first things you were taught was offensive skills, which of course was soon followed by defensive skills. The better you were at both, the more likely that you would be successful at beating your opponent, right?

The same scenario and…

BPO's, CMA's and how I got my first break at getting a Bank Owned Listing.

Hello All, I've been a REALTOR since 1999 and I knew the market was coming to a very difficult time in the beginning of 2006. I was referred to a listing and this homeowner did not know what to do. Well I
took my first SHORT SALE in 2006. Did I know what it was?, No I did
not--so I Inquired and asked everyone who that I knew were in this
business for a much longer time than me. All I heard was - Don't do it!
They are difficult. So I listed this first short sale in…

Important Message from Wells Fargo:
PLEASE READ AND FORWARD TO ANY PARTIES WHO MAY BE WORKING ON A SHORT SALE FOR WELLS FARGO .

Due to recent industry changes, we at Wells Fargo will no longer be granting any extensions for short sale close dates or postponing foreclosure/trustee sale dates. If you were issued an extension letter dated 9/14 or earlier, those…

Asset management companies are losing revenue and trying to make it up on the agents.

RES.NET and all of the other asset management companies are losing revenue as the market shifts from REO to short sales. So what do they do? They start charging the agents for bogus and unnecessary things like mandatory software $200, mandatory classes $399,upgraded platform $700 per year.This is all a bunch of BS.
I paid RES.NET $650 for a banner ad on their asset manager site. I do not have 1 listing to show for my $650.
The management companies treat us like a bunch of whores to see… Continue

In addition to owner-occupant buyers searching for their primary residence, Freddie Mac’s First Look 15-day window is open to buyers who are part of HUD’s Neighborhood Stabilization Program (NSP), as well as…

I kept receiving calls from this lead generating company Reply Real Estate. I always said, "No". Then I received a call from Amber and she told me that it was a 30 day trial "Cancel Any time". I confirmed cancel anytime, I also confirmed that if the leads were no good and did not respond they would credit, she told me I would receive max 3-5 leads. She was so nice and assuring. I said, "Yes". BIG MISTAKE!!!!! I received 8 leads. When I responded and said that none of them were responding…

Are they really putting your name on the BPO? Hmmmmm....

I have been working for certain valuations company for quite a while.

They have been good to work with. Their format is straightforward, form is easy, no crazy questions you cant answer intelligently...

I got a request to do a slew of vacant land and lot valuations. There was no form, so they sent me a spreadsheet to fill out. No problem.

Some of these were side by side lots in the same subdivision. Hooray, you just…

I See Dead People or Why Is A Probate or Trust Sale Like An REO? 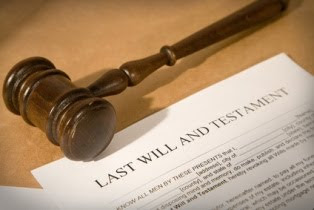 My sister in law as executor of the estate just sold my mother and father in law’s house. She chose a realtor who lived in the neighborhood who also was an reo realtor without a lot of reo inventory right now. (Not an unusual situation) She turned out to be the perfect agent for the job because of her REO background. She took a…

Has anyone found a way to get payment from BrokerPriceOpinion.com? We have not been able to get paid since May. Everyone else pays great except these guys and eValonline but we do not work for them any longer. BPO.com gives me a date but nothing yet. I am putting them on hold as well now.

We are going to the five star conference next week and I hope to find some other brokers with similar problems and see if we can find a remedy. I would appreciate any input.

My clients, Andy and Tammie discuss their selling… Continue

NEW Changes to the HUD process

I had the opportunity to attend a webinar for new HUD listing brokers and there are some changes, I think HUD is improving their customer service and their system, I
have been selling HUD homes since I started in real estate 5 years ago, always
from the buyer side and sometimes it was…

Lack of Marketing and Declining Market

Are we in a declining market or am I the only one to have this feeling?

FHA Offers Short Refi Program For Underwater Homeowners In an effort to help responsible homeowners who owe more on their mortgage than the value of their property HUD adjusted its refinance program. The changes will enable lenders to provide additional refinancing options to underwater homeowners. see chart

Starting September 7, 2010, FHA will offer some underwater non FHA borrowers the opportunity to qualify for a new FHA insured mortgage. Designed to meet its goal of stabilizing… Continue