Postcards are a popular vehicle to get your message out to distressed homeowners, but there are potential pitfalls when using postcards in pre-foreclosure marketing. This video discusses the best practices.

This company did not realize they called me on my cell and my landline with in 20 minutes yesterday. BIG SCAM!!!!!! they wanted me to pay $349.00 to use there platform. When I ask them for an address he could not give it to me. He said they go by Zip Code, when I confronted about the reviews on Google he said thats not them and there all lies. Then he started getting loud with me. I hung up…

You know, I gotta' admit, I'm pretty tired of the run-around.

SAM is a perfect example.

I've been in their system now for years. But, I get BPO orders and ALL of their listings go to another agent in town.

I asked them several times if they could share the wealth. I mean, it kinda' sucks that I only get $45 BPO's and this other guy's making thousand$.

I asked several times, pointing out that on several occasions my expertise was solicited to support this other…

The Wisconsin housing statistics are now in for August of 2012. Here is an excerpt from what the Wisconsin Realtors Association (WRA) had to say:… 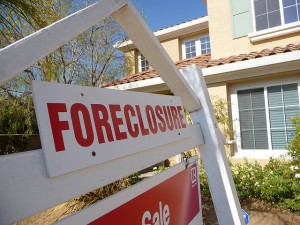 Hello all. An update to LYK that after 14 months and about 50 email complaints, i finally received my $45 payment. I will NEVER work for this company again. More energy was wasted that it is worth. I hope that all of you get paid for your hard work. Talk to you again soon.

Made some changes to the charts to make it easier to see trends as well as changes in variation; change is definitely apparent.

List to sold ratios continue their long-term decline. Down in 2012 from 2011; down the last 3 months as we near the fourth quarter a time when, since 2007 (except 2009) they drop even further.  2012 has already seen the lowest list to sold ratios since the beginning of this project in 2007. If the 4th quarter trend repeats expect even lower…

I have a Real Estate investment opportunity for which I need funding.

This funding is for the purpose of Purchasing, Rehabbing, and Resale of a Single Family Residence w/ 2 Bedrooms 1 Bath and Living Area of 945sq. ft.

Here are the initial particulars and more information is available upon request and level of possibility for funding.

We've heard that the Fed announced it is initiating QE3 (Quantitative Easing, 3rd time around).  Below are two great explanations of what QE means to us as consumers. (The article from NPR was well-written around the time of QE2).  In effect, the Fed is printing money to push into the economy, and it's highly debatable as to whether it helps or hurts. ~Anthony…

Sometimes a Blossom Valley Short Sale Is Not The Right Answer

Yesterday I got a call from a client I will never forget. She said "I was able to modify my loan, I can keep my Blossom Valley house, and you were the only one who believed I could do this, so thank you." This made me so incredibly happy.

So what happened was this client and her then husband were pregnant with their first child and ready to buy a home together. They found their dream home in Blossom Valley with my help, purchased it in 2006 with 10%…

SHORT SALE INDUSTRY UPDATE: BOA Short Sale Relocation Assistance Program  Short Sale Relocation Assistance Program: Your clients could receive $5,000 to $30,000 in relocation assistance. Contact us if you need assistance with your short sales. Even if you have these started we can jump in an assist to get the process moving forward and you can get back in the filed and do what you do best. www.realtytms.com

2012 has been dubbed by some as ‘Year of the Short Sale’, with even more short sales expected to be completed than last year. However, are they really a smart move for investors or is investing in distressed property notes a better way to go?

There has been a lot of buzz in the last few weeks about mortgage institutions cutting down on the time it takes to process short sales. Fannie Mae and Freddie Mac have announced new guidelines requiring loan servicers to now make…

Selling real estate in today's environment can be tough as we've all learned.  However, when you're selling a vacant property in today's world, the empty building can make things all the more complicated as highlighted in this article about a vacant home in Spokane Valley, WA.

So we asked our industry professional readers for their advice.  Whether it's residential real estate or commercial property, how does a seller minimize their risk?  We got some really terrific advice from the…

My Home Is New...Why Do I Need A Home Warranty Inspection?

Generally, every new home has a one-year warranty by the builder, covering defects in workmanship and materials. Builders also frequently purchase additional warranties to cover their liability and to use as marketing tools. These additional home warranties are very specific about what they cover and many warranty contracts stipulate that the original one-year warranty is replaced by the new home warranty.

Redwood City Short Sale Closed, Most Challenging I Ever Had

I finally closed a Redwood City short sale that started in Sept of 2011. Yes, one year for a short sale. What was the problem? Let me count down just the top 10.

10. The sellers asked another agent in my office to sell this home as a short sale but this wonderful agent had never listed a short sale before. She asked me to help her, but by the time she did they were 2 weeks from the trustee sale date and the sellers were sitting on a perfectly good…

Yesterday I asked “Given the terrible vandalism on the Spokane Valley listing this week, what advice would you give to sellers who have a vacant property (of any kind) listed?”  I was thinking in terms of securing the property against vandals, but you may have thoughts you’d like to share for any seller.  I got a couple of great responses, but I could use a few more to round out my new blog post.  If you have seller advice you’d like to share, simply post a comment…

Yesterday we asked you: If you were giving one piece of advice to a buyer of real estate, what would it be?  Your answers are in a blog I posted last night:
Real estate advice to buyers from industry pros
Thanks to all who responded!…

Good news today on the real estate market and home prices, another stern warning on the fiscal cliff, and something we’ve all been waiting for – one more reality TV show.…

Silicon Valley Investors, Buy and Hold or Buy and Flip?

Silicon Valley Home Prices are on the rise. Inventory is low, and there are plenty of buyers out there making multiple offers the norm, not the exception. Investors have been a big factor in the market since the crash, but now it may be time for a change if you are an investor.

For the last few years investors were gobbling up foreclosed homes, short…